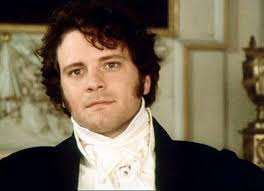 I think we all must have that certain someone we picture in our minds when we read or hear a romantic story. Maybe it’s our first crush, our first love or some hot guy on TV. For me, there are a few. There is, of course, Colin Firth who was perfect as Mr. Darcy in A&E’s version of Pride and Prejudice and then again as Mark Darcy in Bridget Jones’s Diary. Who wouldn’t love to have a man like that fall in love with our imperfect little selves, right? (Picturing Renee Zellweger running through the snowy streets of London in her underwear …)

Then there is Thor (Chris Hemsworth). He’s built like the demi-god he is and he gives up a kingdom to live on Earth with the woman he loves. Again, what’s not to love?

But my favorite favorite hero is Jason Statham. To put a name with a movie, he was in The Italian Job, The Expendables and several other action movies. Jason is well-versed in martial arts and has a Scottish accent. He never plays romantic roles and somehow that makes him the perfect candidate for a romantic hero. As my personal FB friends can attest, I regularly share pictures of him. A picture of Jason can brighten anyone’s Monday! Oh, and don’t tell Mr. Kribs this, but I think he looks an awful lot like him which just adds to Jason’s appeal.

Who is your favorite hero?

Annie Kribs is a native of rural Mid-Michigan. When Annie's not working, building a house or helping with homework, she writes sweet contemporary romance that resonates with her readers. Her specialty is "Real life stories with heart". Annie's first novel, The Do-Over was published by Liquid Silver Books in 2012. Annie is currently working on a series set in New Hampshire. Resurrected Hearts was published by Blue Swan in 2016 and Hearts On The Run by Amazon in 2017. View All Posts