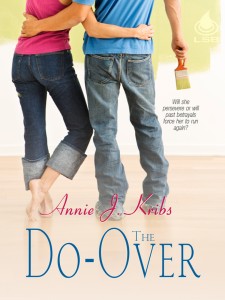 Sara Curtis is forced to rebuild her life after her husband is killed in a car accident.  Fleeing from the shadow of her late husband’s infidelity, she moves from Chicago to her small home-town to reinvent herself.

Shortly after her return, she runs into Jake Bryant, the man she was obsessed with in high school.  In a twist of fate that feels too good to question, Jake volunteers to help her renovate her house.  She begins to depend on Jake as they work side-by-side and the fire that she’d buried after high school is quickly rekindled.  But before she can allow herself to love again she must first deal with her husband’s betrayal and learn to trust again.

When a woman from Jake’s past re-enters his life, their fledgling relationship is put to the test.  Will Sara put her faith in the man she’s come to love, or will past hurts prevent her from pursuing the future she so desperately wants?